Summary of the Sengoku Period

The Sengoku period or sengoku jidai is a period of Japanese history spanning from the mid-1400s to the early 1600s. Sengoku jidai means literally ‘the age of the country at war.’ This century and a half of violence, intrigue and innovation had a profound effect on Japanese society and ultimately led to the country’s unification under the Tokugawa Shogunate, which would rule peacefully until the Meiji Restoration in 1868. It is easy to understand how this tumultuous period continues to inspire study as well as works of art and fiction to this day. Populated by a cast of ruthless lords, sneaking ninja, fearless samurai, warrior monks and European missionaries, the sengoku jidai is truly a setting that deserves our attention.

How did the sengoku jidai begin?

In the late 1100s, a weak Imperial court had delegated real power, willingly or otherwise, to a military dictatorship or bakufu (literally, ‘tent government’). While allowing the Emperors to continue ruling in name only, the first bakufu, based in Kamakura, established a system of hereditary feudal rule under a shōgun or Commander-in-Chief. After a brief moment of direct Imperial rule in the 1330s, a second bakufu or Shogunate was established in Kyoto by the Ashikaga family.

By the mid-1400s, the Ashikaga Shogunate was struggling to control its feudal vassals or daimyō (‘great lords’), who exercised quasi-autonomous power in the provinces. In 1467, things came to a head. A familial dispute over who would eventually succeed Ashikaga Yoshimasa as shōgun provided the realm’s rival factions with an excuse for open war.

The Country at War

The Ōnin War, ostensibly waged over the Ashikaga succession, dragged on for a decade. The fighting devastated Kyoto along with what remained of the Shogunate’s authority. Over the years that followed, rival daimyō would continue to vie for territory in various parts of the country. Meanwhile, propped up and manipulated by others, the last of the Ashikaga dynastyclung to nominal power in Kyoto. They were eventually displaced by an ascendant warlord from Owari province named Oda Nobunaga. 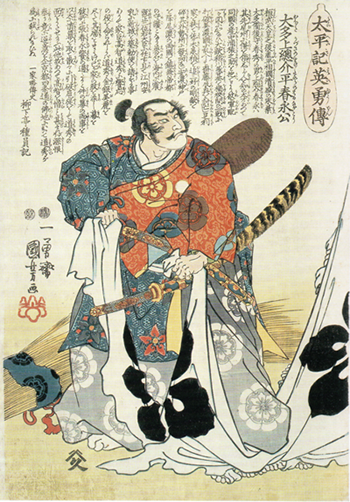 After dissolving the Ashikaga Shogunate once and for all in 1573, Oda Nobunaga spent his final decade conquering most of Honshu, battling all comers to cement his legacy as the first Great Unifier of Japan. Eventually betrayed and forced to commit suicide (seppuku) in the notorious and much debated Honnō-ji Incident of 1582, Nobunaga was swiftly avenged by his retainer, the second Great Unifier Toyotomi Hideyoshi. A man of lowly origins who had risen through the ranks, the talented Hideyoshi quickly consolidated power and took up his former master’s campaigns. In the process he also became Imperial Regent (Kampaku) and Chancellor of the Realm, both positions bestowed on him by the Emperor. 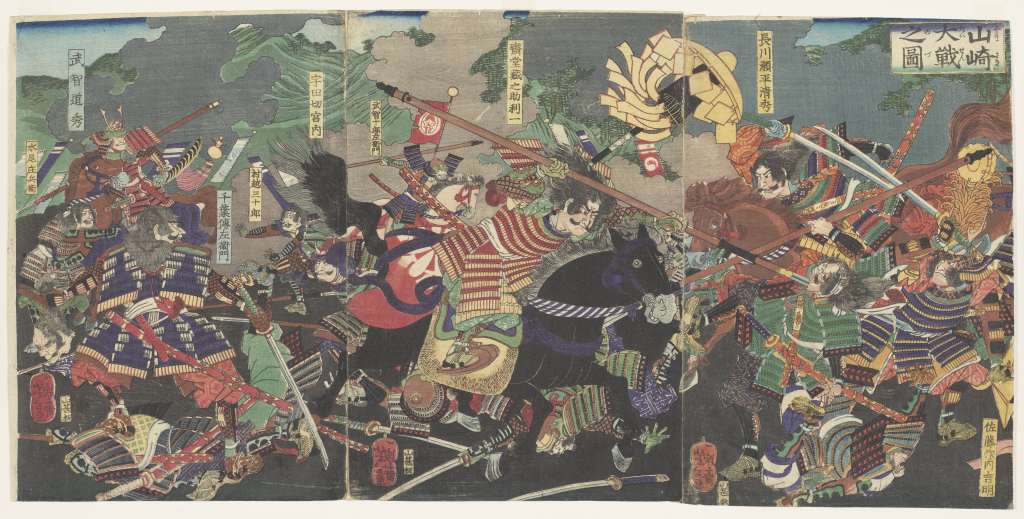 The third Great Unifier Tokugawa Ieyasu had come to prominence as a vassal of Oda Nobunaga and had also supported Toyotomi Hideyoshi, becoming one of the realm’s most powerful daimyō. Shortly before Hideyoshi’s death in 1598, Ieyasu was appointed to the Council of Five Elders (Go-Tairō), who were supposed to ensure a smooth transfer of power to Hideyoshi’s child heir Hideyori when he eventually came of age. However, this was not to be.

Transition to the Edo Period

Soon, the uneasy peace among the Elders dissolved into a conflict between Ieyasu in the east and a shaky alliance of his rivals in the west. The two sides clashed in October 1600 at the Battle of Sekigahara, from which Ieyasu emerged victorious. He established his own Shogunate in Edo (modern-day Tokyo) in 1603, sidelining Toyotomi Hideyori. It was not until 1615 that, following an ill-judged rebellion against Tokugawa rule, the Toyotomi line was finally extinguished at the Siege of Osaka. 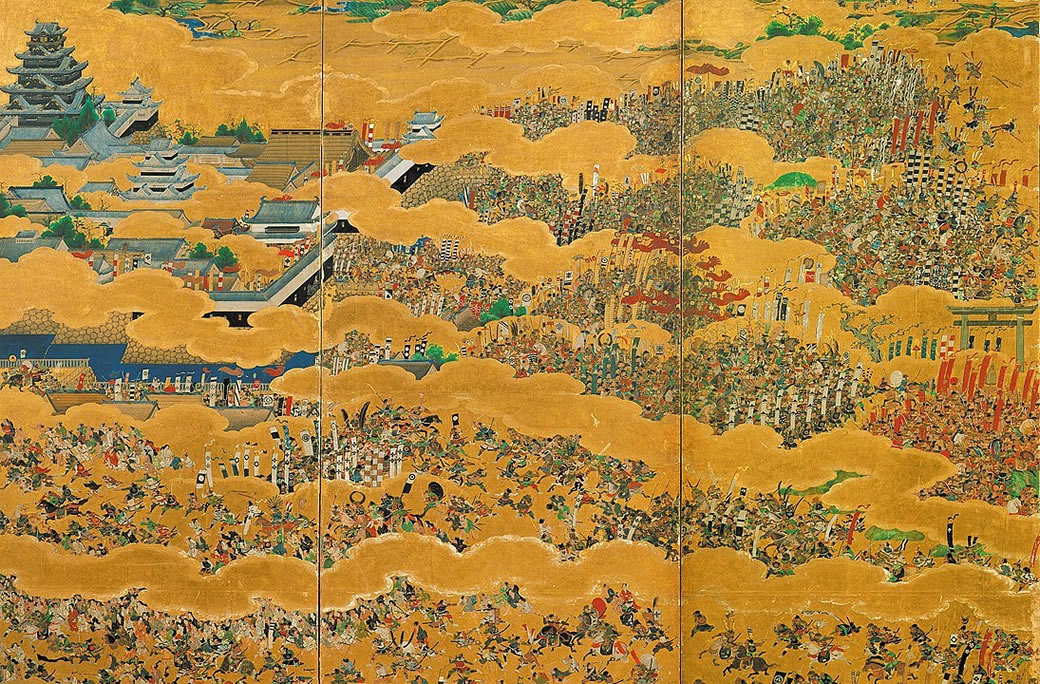 The Tokugawa Shogunate, also known as the Edo bakufu, lasted another 250 years. The bakufu’s isolationist foreign policy, the woes of the declining samurai class, and the cultural flourishing of Edo itself would make this long and relatively peaceful period fascinating in its own right. However, the chaotic sengoku jidai rightly lives on in popular imagination as the high point of feudal Japanese history.